Comfort In A Foreign Country: What To Consider Before Relocating

In: Living In Portugal

What does it take to feel comfortable if you live abroad?

I was interviewed for a television documentary about my experience as an expat in Portugal. The producers were exploring the concept of home comforts; how certain objects might affect the way that people living away from their home countries feel about living abroad.

After my initial reaction to their questions, I found myself dwelling on the notion of comfort for days. Aside from beds and sofas, my idea of comfort is not related to objects. I equate it to feeling secure in most aspects of life.

I then came up with several aspects of living abroad that I feel are necessary to develop that sense of comfort and security.

I hope you’ll find the following musings and observations to be useful points to bear in mind when you’re trying to choose the right country to relocate to.

Is it possible to relax in the country you choose to live in?

That sense of security comes in part from feeling generally safe from physical harm and the actions of criminals. I remember the relief and sense of freedom I felt when I arrived in Portugal after spending a stressful year in Caracas in Venezuela.

I think the last straw was when I had to give my employers a ‘proof of life’ question so that they could check whether it was worth considering any ransom demands if I was kidnapped.

Apart from the forest fires which pose a threat to Portugal and my home each year, I feel very safe in Portugal. At the time of revisiting this article in 2019, Portugal ranks #3 in the Global Peace Index so there’s a reason for my feelings of security here.

Do people obey the law?

Living in a country which is generally law-abiding and that has systems in place to protect people is also important. Portugal isn’t perfect but it’s a lot better than some countries I’ve lived in.

It’s also important to strike a balance between adjusting your behaviour to comply with local rules and social norms and feeling restricted and unable to relax. Thankfully, Portugal is an easy country to be myself in without worrying that my behaviour might offend someone or even break the law.

The one thing that bothers me most in Portugal is the blatant disregard for driving laws – many people still drink and drive here and think nothing of using hand held mobile phones when behind the wheel.

Money worries – can you afford to live there?

Comfort for me is also tied into being able to pay the bills without worrying where the money will come from. I’ve been skint before and it’s no fun.

Fortunately, since I left Spain in search of better paid work, I’ve been okay in this respect. Portugal’s austerity measures took a hefty chunk out of our finances but we are still able to live a reasonably comfortable lifestyle without having to watch every cent.

Note that if you are planning to move to Portugal and need to find work to support you, it’s quite challenging to earn what you might consider to be a decent salary. The average wage is around €850 per month but house prices in Lisbon and Porto have skyrocketed in recent years so that’s not enough to live on.

You might need to consider cheaper locations, such as Central Portugal, where rents and property are much lower. However, that can also mean fewer facilities, inferior infrastructure and limited cultural activities so you need to be certain that you are happy with that lifestyle before committing.

Can you handle being outside your comfort zone?

Feeling confident and capable in situations is part of comfort, and expats/immigrants are frequently placed outside their comfort zone in every aspect of their lives.

Nothing is familiar or easy. Not even making seemingly simple purchases.

People do things differently and no amount of research is going to prepare you for every situation. It takes time to get used to how systems work and learn what to expect and how to behave in other countries.

It gets easier with practice but even after several years of living in Portugal, there are still times when I feel awkward and uncomfortable because I don’t know what’s ‘normal’ in certain situations.

How will you cope with communication breakdowns?

Living in a country with a different language makes these things especially challenging.

Despite the length of time I’ve been here, I’m still not completely fluent in Portuguese and if I have to do anything complicated, this is a serious handicap. I am stripped of the ability to use linguistic devices, sophisticated phrases and the appropriate levels of courtesy and when I’m stressed, I feel as though I have the communicative powers of a four-year-old.

It’s up to me to fix this but it takes time and effort. In the meantime, I sometimes feel uncomfortable and frustrated in my attempts to communicate effectively.

Note: If you need or want to learn Portuguese, I’ve compiled a list of useful free resources for learning European Portuguese.

Another major contributor to my sense of comfort is the support I get from other people. I moved country four times as a single person and each time, I had to start from scratch making friends and creating a social network in my new home.

Being an English teacher helped in that I often made some friends among my colleagues but it’s still a daunting task and fraught with potential problems.

In the expat world in some countries, these friendships tend to be transient, especially for those who are working abroad. Even if you are staying for a couple of years, your new best friend may only have six months left on their contract and the painful process of separation and replacement kicks in.

For similar reasons, I’ve found that many locals tend to be wary of getting too involved with foreigners for fear they are wasting their efforts on someone who will soon abandon them.

Thankfully, partly becuase it’s hard to earn a living wage in Portugal when you don’t speak the language, many of the foreigners who choose to move to Portugal are retired. They may not stay here all year round – the pull of grandchildren can be quite strong – but they are likely to be making a life here for the long term so if you do strike up a freindhsip, it’s got a longer potential shelf life.

Knowing that my family and lifelong friends back in the UK are there for me is extremely important. I visit the UK at least once a year and make a point of spending time with my oldest and closest friends. They and my family are my rock; an anchor which has given me the strength to drift around the world, knowing that someone’s got my back in an emergency.

I’m married now and settled in Portugal so I have a stable network of people around me but it’s always reassuring to know that ‘my people’ in the UK are still there for me.

Now that Skype, WhatsApp and other messenger and video services abound, it’s much easier to keep in touch long distance. Gone are the days of pre-paid internatinal phone cards, thankfully!

During the television interview, the interviewers were keen for me to hone in on a physical object that gave me comfort in foreign surroundings so I told them about my paintings and ornaments. I use them to personalise the places that I move into so that they feel more like home.

While my home in Portugal is a cosy haven (when everything is working properly!), I think it’s important to be choosy about what you bring with you as shipping can be stressful and expensive, at least in my experience. Focus on the sentimental, precious things and replace the rest when you get to Portugal.

So, do I feel ‘at home’ and comfortable as an expat living in Portugal?

Most of the time, I’d say yes, absolutely. When things go wrong or I don’t know how to go about making something happen, not so much.

And I certainly don’t feel comfortable about watching myself on the documentary which was broadcast on Portuguese television!

Will I ever feel completely comfortable as a foreigner in Portugal? I think so. There’ll always be cultural differences that may catch me unawares but I’m continually learning and adapting so once my Portuguese is up to scratch, things should be a lot easier.

This post forms part of My Personal A to Z of Portugal.

Could you find comfort as an expat in Portugal?

If you’re thinking of moving to Portugal, or any other country for that matter, you’ll need to do your homework.
This book, A Better Life for Half the Price (affiliate link), and its various extra support components is a useful tool to help you decide if becoming an expat is right for you.
Or start with this article on my blog: A Better Life For Half The Price In Portugal Or 17 Other Countries

And the resources on this page: Resorces For Living In Portugal 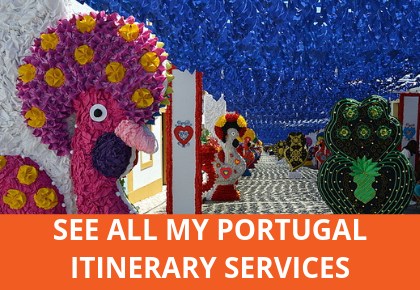 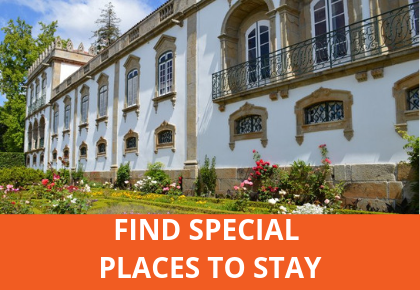 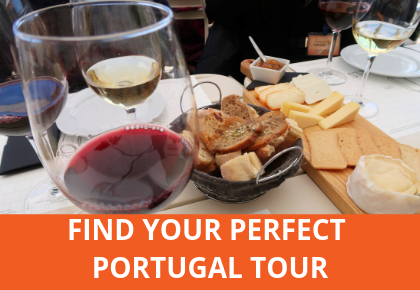