How To Earn A Living When You Live Abroad 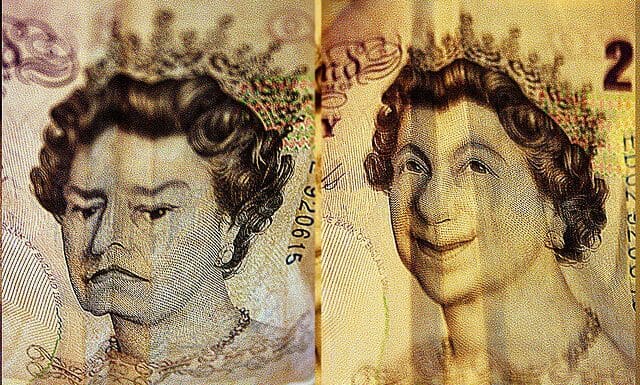 A Better Life for Half the Price: How to thrive on less money in the cheapest places to live

If you move to a country that has a lower cost of living than where you live now, you can easily live a richer life while spending far less money. Unless you’re at retirement age though and have a lot socked away, you’re probably going to need to keep the income flowing.

The very best way to move abroad and leverage your first-world currency is to keep earning a living remotely in dollars, pounds, euros, or Swiss francs. If you’re getting paid a good amount in one of those, you’re going to be in great shape almost anywhere. In a country with a low cost of living, £1,500 or £2,000 a month may be enough to feel downright rich.

It’s far more desirable to take your portable job with you than it is to try to support yourself locally in a country where typical wages are a quarter those of the place you left. When you work on a laptop and hard currency flows into your home country back account, you can pull it out of any ATM and be living large.

Tip from Julie: I’ve found that the easiest and cheapest way to send money abroad, especially on a regular basis, is through Wise, formerly known as Transferwise.

A Local Job That Pays

There are exceptions to this, of course, including the obvious one of teaching English as a second language. That’s not a job many local citizens can do, so you earn a higher than average hourly wage. I’ve taught in Turkey and Korea. Julie has done it on several continents, including Portugal.

If you don’t have a portable skill, this is one you can pick up that’s not a big stretch, assuming you’re a native English speaker with a decent command of grammar. In much of the world, teaching English as a second language is something you do to get by, while in others it can be quite lucrative if you’ve invested in the right certification courses. Some expats make it a long-term career and do quite well.

In general though, the most desirable places to live are not the ones that are going to pay you handsomely. The highest wages are in the Middle East and the richest Asian countries. In countries with the lowest cost of living, the locals simply can’t pay the kind of money for classes that students can in Tokyo, Seoul, Dubai, or Taipei. On the other hand, you won’t need as much either. The problem though is that while East Asian and Middle Eastern countries often provide an apartment and cover your airfare over if you sign a contract, that’s seldom the case in expat hotspots such as Mexico, Ecuador, Thailand, and Cambodia. Read the

and check Dave’s ESL Café to get a sense of wages and what to expect. You can also find info on local expatriate message boards, on the local Craigslist site, and country-specific sources.

Julie’s note: Salaries in Portugal are low so don’t bank on getting a job here. Read my tips about questions to ask yourself before living in Portugal.

High-skilled Jobs in Another Location

Other expatriates have special skills that lead to above average pay. They may work as a systems analyst or programmer for a local company or a multi-national. Their salary may be lower than it would be in Silicon Valley or London, but it’ll be high by local standards.

If you’re a surgeon, architect, or experienced business consultant, again you may earn less than you could before, but since your expenses are so much lower, you could still be much better off in the end. Many executives get a posting abroad and then don’t ever want to come back because their standard of living is so much higher. I once met an oil company expatriate living in Indonesia who got less than half his old salary but felt 10 times richer. He had a maid, cook, gardener, and nanny, plus a driver at his beck and call.

Some corporate jobs transfer at an equivalent salary, or in the case of hotel general managers or chefs, the overall compensation package may stay roughly the same.

Running a business has long been an expatriate route that can be satisfying and provide a healthy income. In many towns all over the world, foreigners who have moved from wealthier countries often own the best coffee shop, the top restaurant, and the best boutique hotel. In many destinations it will only take you a few days to see huge service gaps in the local business landscape. When foreigners jump in and open a better hotel, a better bar, or a better bakery than what is offered already, they can do quite well in a hurry. The expatriates all flock there and then the trendy and wealthy locals follow. This requires some capital and navigating the local business rules (sometimes it’s best to take on a local partner), but the payoff can be close to a sure thing.

To start a business, the easiest path is to meet a demand that isn’t being filled, but start off small enough that you aren’t betting everything you have. Follow theLean Startup model in testing the market to see if your hunches are correct. If they are, you can expand into a larger space, a second location, or a larger regional area. Just keep in mind you will probably spend as much on lawyers and business license fees as you will on the first few months of rent. And in some countries with very strong labor laws, it’s next to impossible to get rid of a lousy employee just because they’re lazy. Get lots of local advice from other expat business owners before taking the plunge and you’ll have a lot fewer headaches later.

Your Own Virtual Business

The ideal situation when moving from a rich country to a poorer one, however, is to keep earning money from a rich country. Money in your bank account has no borders. If you can pull it out in a place where you don’t need so much of it, that’s the true “half price life” dream. This is also the path for those who want the minimum amount of bureaucracy. Many digital nomads simply bop around the world on tourist visas, never even bothering to get permanent residency anywhere. Since they’re adding to the local economy instead of subtracting from it, nobody in government is going to bat an eye unless these people start running afoul of local laws.

If you do apply for residency, in most countries you’ll be welcome to come stay a while as long as you can show proof of sufficient income. That “sufficient” number is always much higher than what the average local lives on and it varies from as little as US$600 a month to as much as $3,000. If starting from scratch sounds too daunting, go to Flippa.com or EmpireFlippers.com you’ll see all kinds of online businesses for sale. If you have a little capital and some basic tech skills, you can skip a lot of building time by buying something already up and running that is generating cash flow.

Many people do quite well being solopreneurs, farming out their skills in web development, coding, technical writing, or translation—nearly any job that can be done remotely is a candidate for that. Some get to a point where they have more work than they can handle and they need to scale. The next thing they know, they have three or four virtual employees or additional freelancers.

The world is full of opportunities for those who can meet a market need. Assess your skills, be observant, and be attuned to where what you can do intersects with what people are willing to pay for. Once you’ve managed that and are generating income, you can do it from anywhere in the world with an internet connection.

This guest post is by Tim Leffel, the author of five books including

A Better Life for Half the Price: How to prosper on less money in the cheapest places to live. 2nd edition

How do you/are you planning to finance your expat life? If you have any advice to share, especially for making a living in Portugal please leave a comment.