I was drawn to the whitewashed Alentejan town of Redondo for its biennial street decoration festival, Ruas Floridas. As a bonus, I discovered a 500-year-old pottery tradition and had the privilege of meeting some very special people involved in its practice and preservation.

Note: Places to stay near Redondo are at the end of this article.

An elderly cloth-capped gentleman sat next to the stone doorway of his terraced cottage, partially sheltered from the blazing sun by row upon row of fluttering paper bunting. When I paused to take a closer look at his colourful display of ceramic dishes he eased himself upright and beckoned me inside. I entered the gloom and dust of his workshop with mild apprehension mingled with curiosity.

The walls of the first room were splattered with dried terracotta, packets of unopened clay were stacked against one wall and pieces in various stages of completion covered every available shelf and surface.

João Mértola is in his eighties now but the photographs and certificates displayed around his workshop are evidence of his long career as a potter. “I started learning the techniques when I was 10 years old, working with local masters”, he told me, proudly demonstrating how he paints each piece by hand with flowers, birds and rural scenes before firing them in electric ovens. Out in his back yard he was keen to show me the old wood-fired ovens that he used in days gone by, as well as his privileged view of the castle.

It takes 8 years to fully master the art of pottery. Back when Mértola began learning his trade, ceramic production was the principal economic activity and source of employment in the area.  At that time, there were 40 potteries in Redondo. After five centuries of continuous production, there are now only a handful of skilled potters left in the town, although you can still pick up some beautiful Portuguese ceramics to take home with you.

Such a significant part of the town’s history merits a museum, which my friend and I discovered by accident. It’s tucked behind the stunning blue trimmed 17th century church and convent of St Anthony and without the encouragement of the cemetery keeper, we would have found no reason to venture that far. The museum wouldn’t normally have been open on a Monday but because of the Ruas Floridas festivities, the opening hours had been extended. Serendipity indeed.

We were both very glad we went. Redondo’s Museu do Barro (Clay Museum) is very well thought out with interesting models, clear photographs of processes and plenty of examples of pottery in all forms, including traditional curved roof tiles. We also had Claudia on hand to provide explanations as and when we needed them. I’m not sure that Claudia works full time at the museum but she’s certainly heavily involved in it and was keen to share tales of the local pottery tradition.

As well as preserving the history of pottery in the region, the Museu do Barro is aiming to prevent the skills from dying out by encouraging new artists and holding workshops run by skilled artisans. Although these are aimed at local people, visitors can arrange workshops by contacting the local council in advance (visit the museum webpage for opening times and contact details).

Using the exhibits to illustrate her story, Claudia painted a fascinating picture of the almocreves, travelling pottery salesmen who used to distribute Redondo pottery to Faro, Lisbon, Caldas da Rainha, Coimbra and Guarda. One of the figurines shows an all too typical situation of a drunk salesman slouched by his cart while his wife tries to make some money by selling their stock.

It was a tough life on the road and the almocreves were at risk from thieves and breakages. They didn’t have to pay for their stock up front and many would drink away their profits or end up trading their wares in exchange for women, bed and board, coming home empty-handed unless their wives went with them to keep them in check.

Not all almocreves were wasters, of course. Some had the business sense to take other local products, such as honey, with them and would return bearing treats from other parts of Portugal.

For a taste of what else Redondo has to offer, take a look at this video, produced by the local council:

Places to stay near Redondo

We stayed in a wonderful guest house called Casa do Colegio Velho in Vila Viçosa. The house has so many public living rooms you’d have to stay a week to make use of them all and the gardens are a delight (from 58 euros).

Other attractive-sounding options near Redondo include: 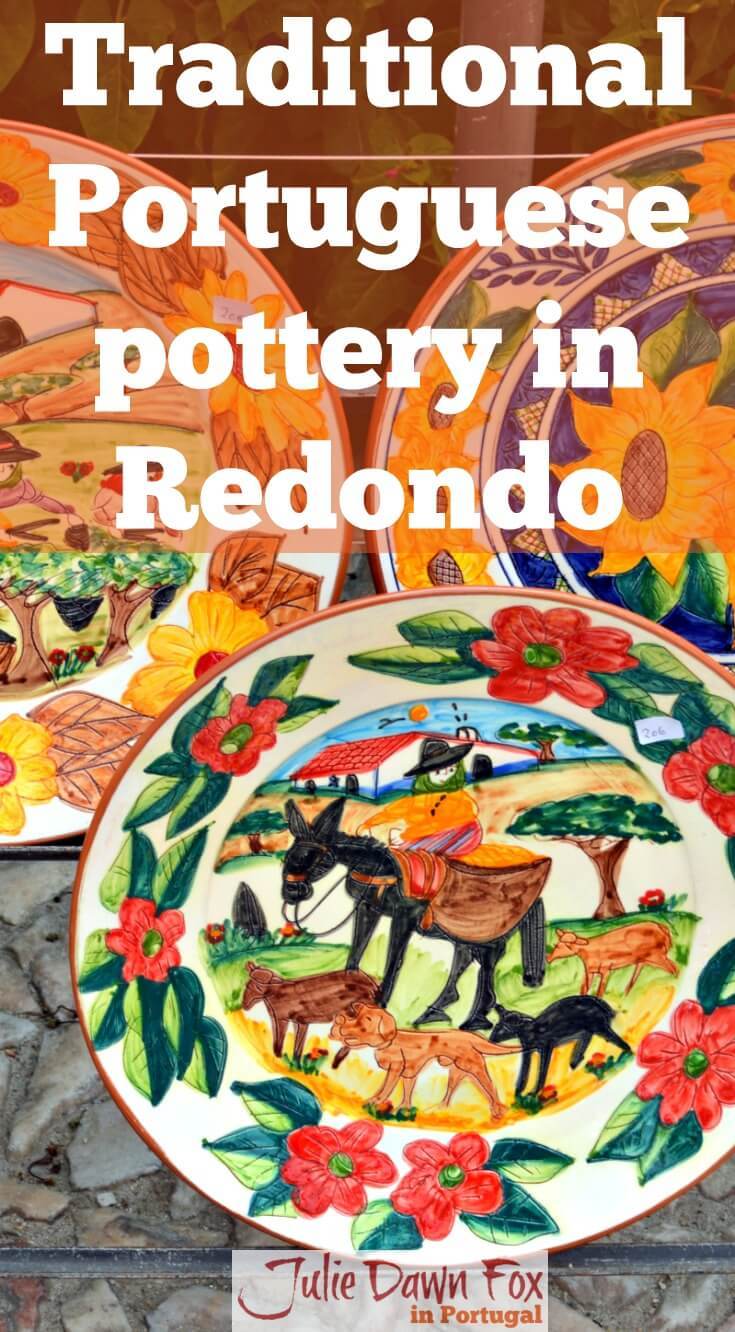 Disclosure: These are affiliate links to my partner, Booking.com. This just means that I may receive a small fee if you make a booking but it doesn’t affect the price you pay. It’s an easy way for you to support this blog.

2015-02-24
Previous Post: Lisbon Through the Eyes of a Cinema-Lover
Next Post: Savouring the Alentejo Countryside at Herdade dos Grous