It was the oxblood red pool that brought me to Mina de São Domingos in Portugal’s Alentejo region. The village’s disused mining pit is now filled with water. Stained from the surrounding iron ore and made acidic by the sulphur, it’s fascinating but not for swimming in. If you fancy a dip, there’s a river beach in the village.

Technically, Tapada Grande is a lake beach. Whatever label you choose, it’s the first thing you see when you drive into Mina de São Domingos from the Mértola direction. The road actually skirts the lake edge so look out for the brown praia fluvial (river beach) signs to reach the parking area. The main car park was packed with campervans but there’s plenty of space under the trees for parking during busier periods.

The official bathing season is 15th June to 15th September when there is likely to be a lifeguard on duty. Being the end of March, the café was closed and the beach deserted when we visited. Apart from the campervanners and a couple of dog walkers, the only signs of activity were the kayaking teams competing on the lake. It’s a different story in summer, especially at the end of August during the Ilha dos Sons music festival.

Having already dragged Mike on a couple of wild goose chases during this trip, his patience was wearing thin so I was slightly apprehensive as we ventured into the village itself to explore its mining history. Fortunately, the open air museum proved to be more interesting for both of us than I’d imagined. And better signposted, with plenty of information in English.

São Domingos had been mined for precious metals since pre-Roman times, a practice which the Romans continued, as did the Muslims who succeeded them. Once they’d removed all they could from the upper layers of ground, the site was abandoned, only to be rediscovered in 1854. Within a few years, an English mining company, Mason and Barry, had constructed a mining village with strings of tiny cottages for its workers and a railway to the nearest river port at Pomarão. They carried on extracting copper, sulphur and pyrite and transporting it to England and beyond until 1966.

In what struck me as a similar set up to the Pinkerton Agency in the USA, Mason and Barry established their own police force in São Domingos. Ostensibly they were there to prevent thefts and keep an eye out for smugglers. In reality, they used heavy handed methods to quash any signs of uprisings by miners who dared to complain about the miserable conditions they worked and lived in. One of the cottages is open to the public as a museum and shows the typical set up for a miner, although it looks much cleaner than I imagine it was back then. Casa do Minério (Miner’s House) is signposted from the centre of the village.

The mining pit, now flooded with iron-tinged water, had men working at depths of 420 metres. A wooden walkway now extends part way along each side of the cavity, giving you plenty of opportunity to marvel at the myriad of colours in the rocks. One side is black from the layers of slag that was dumped there.

The remains of the mining operations are free to be explored on foot or by bike with information boards at each point of interest. If you want to see everything related to the village mines, follow the PR10 walking route which starts at the open pit and leads you past the loading bay and a rusted giant pump to the ruins of the railway workshops.

The full circuit is 14 kilometres and would take you about 3 hours on foot. It was an unseasonably hot day so we decided to take the lazy option and drive to the village of Santana de Cambas. We had hoped to get there before the Contraband Museum closed for lunch but despite driving around the village along alarmingly narrow cobbled streets, we couldn’t actually find it.

We abandoned the museum idea and set off through the colourful landscape of the Guadiana Valley Natural Park to the former river port of Pomarão.

This is another purpose built village, created to support its sole function as a port for transporting minerals from Mina de São Domingos. The rusting remains of the railway line still jut out over the water but these days, the boats below seem more for entertainment than anything else.

Pomarão itself is not much more than a row of dinky whitewashed cottages with a community bathhouse and a café-restaurant overlooking the river. The views are pretty and food isn’t bad but don’t bother trying to get refreshments here if you’re in a hurry!

Where to stay in Mina de São Domingos

Hotel São Domingos is as close to the river beach as you could wish for, although it has its own pool.

If you like the sound of a farm stay, complete with donkeys and pigs, try Agro-Turismo Monte de Galega.

Find nearby accommodation on Booking.com

If you don’t want to stay in Mina de São Domingos itself, there are more options in the pretty medieval village of Mértola.

It’s also only about an hour’s drive from the lovely Herdade dos Grous. 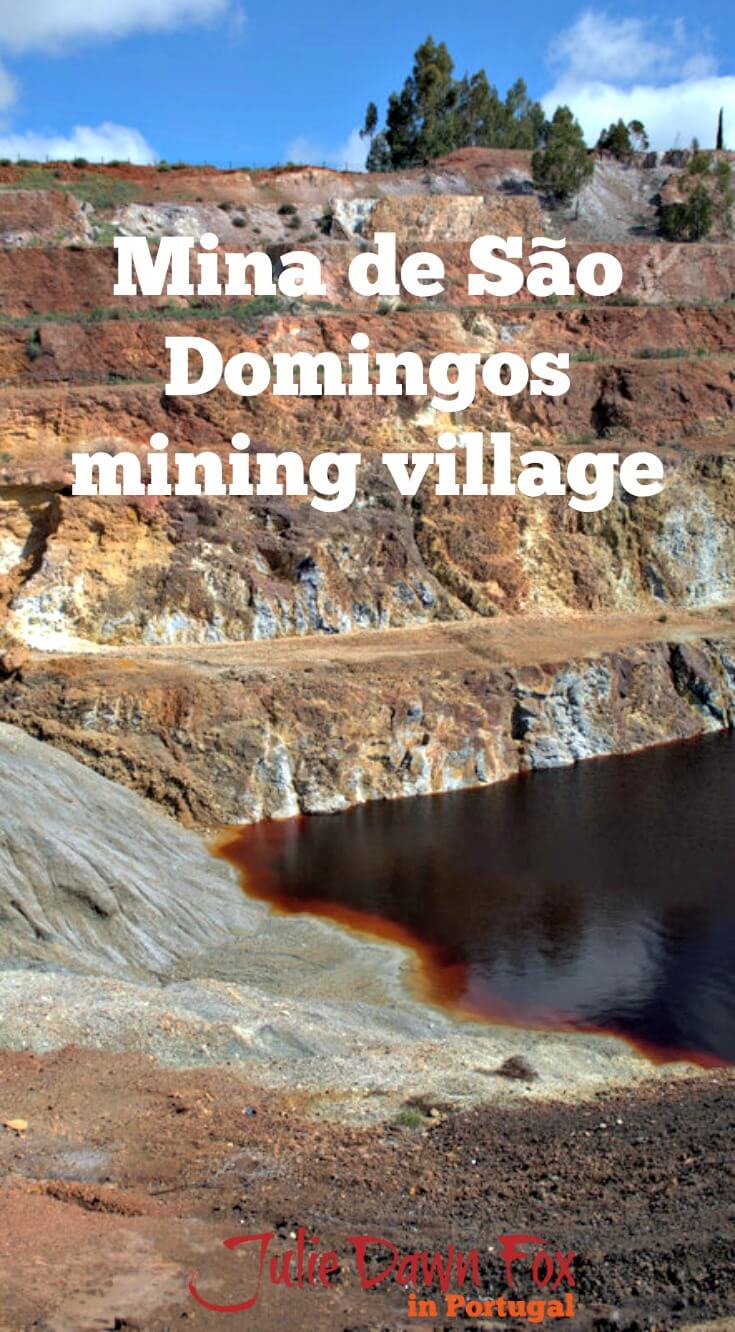