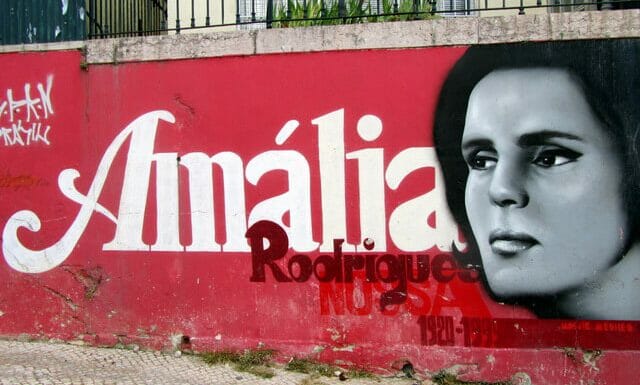 Portugal succeeded in getting fado,  a traditional music genre, listed by UNESCO as an intangible cultural heritage in November 2011, amid an array of fado-related events and promotions.

I can take small doses of fado, and thoroughly enjoy the accompanying Portuguese 12-string guitar and viola music, but the melancholic voices of fadistas tend to grate after a while.

Although the lyrics can cover a wide range of subjects, the overriding sentiment of fado is saudade, which roughly translates as nostalgic feelings of missing something or someone, giving the songs a mournful tone. I prefer more cheerful songs, which is why Coimbra fado is usually a better option for me.

I accept that I’m not an aficionado and that to fado fans, the music and voices may be truly sublime, and that a heartfelt performance can touch them to the very core of their being and have them sobbing in their seats. But, as the saying goes, each to their own.

Fado music is not just for tourists

I don’t think I’ve ever heard fado played at ‘local’ restaurants in Portugal but go anywhere touristy and it seems to become an obligatory soundtrack to meals. I even had to listen to it over breakfast in one guest house in Coimbra.

And anyone who’s wandered around Lisbon’s Bairro Alto at night will have been accosted by touts trying to drag them into the various fado houses there. While some appear to be tourist traps, Tasca do Chico is supposed to be pretty good, as is Povo in Cais do Sodre.

Apparently the ones in Alfama are better, more authentic performances but I can’t vouch for that.

For a theatre-style fado performance in Lisbon, with professional musicians but without an overpriced mediocre meal, there is Fado in Chiado, which has regular performances at the reasonable time of 7:30 pm. Buy tickets online here.

I suppose if you’re only in Portugal for a short time, the music can be quite charming, even if you don’t understand the lyrics. You might even play it when you get home to evoke memories of sunny Portugal when you’re in your own cold, grey climes.

But for those of us who live here, the novelty can soon wear off, especially when it seems that all participating restaurants play the same album. Over and over again.

Like many things in life, the live experience is more powerful and emotional than a recording and that’s certainly true of fado.

Even I enjoyed the intimate, reverent and slightly spiritual atmosphere at À Capela in Coimbra. I sat beneath a vaulted ceiling, sipping a nice bottle of Portuguese red wine and nibbling from a plate of cheese watching Coimbra fado being performed under an ancient stone archway.

I barely understood a word of Portuguese at the time but was quite captivated by the passionate performance of the men on stage. I think the wine helped, though.

Coimbra fado differs from Lisbon fado in that it is sung by black-caped academic men instead of a woman with a  shawl and is deemed to be more ‘classic’ or elite than Lisbon fado, which originated in the port districts of Lisbon in the 1830s.

Another difference between Lisbon and Coimbra fado is the way that audiences applaud. You can reward the ‘popular’, working man’s fado of Lisbon by clapping but to show your appreciation of the snootier version in Coimbra, it’s more appropriate to cough, apparently. I didn’t know this so I clapped, along with everyone else.

The best place to learn about Coimbra fado is a cosy cultural space known as Fado ao Centro. The passionate musicians and fado fans that run this place offer daily 50-minute shows at 6 pm with possible later shows during peak periods. It’s best to buy a ticket in advance.

Of course, you can experience a fado tour in Porto,too. Get 5% off with my code: FOX5

Whether I appreciate it fully or not, fado is something that Portugal is proud of and its people feel strongly about. If you’re looking for evidence of this, consider the three days national mourning and the state funeral that followed the death of Amália Rodrigues, the ‘Queen of Fado’, in 1999. Her tomb is in the National Pantheon in Lisbon and still attracts fresh flowers. She has also been immortalised in calçada, the patterned cobblestones that are an icon of Portugal.

If you want to listen to Amélia at home, here’s the Queen of Fado album.

Thanks to Amália, fado‘s popularity spread throughout the world in the 1950s. Her reign was taken over by Mariza, who shot to fame in 2001 with the hugely successful release of Fado em Mim. Ana Moura is currently giving Mariza a run for her money.

2012-02-02
Previous Post: E Is For Eucalyptus Trees In Portugal
Next Post: Mimosa Trees, A Pretty Pest In Portugal