I Is For Ice Cream! 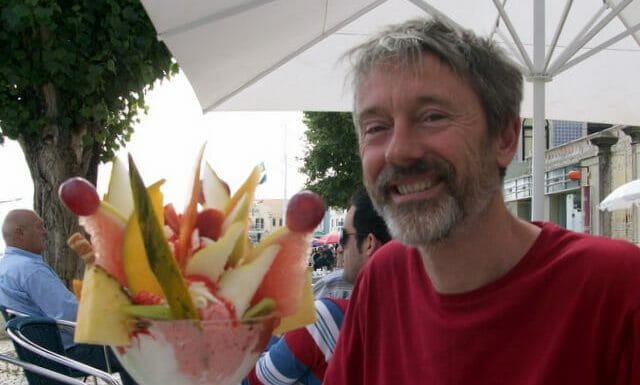 The sun is back and ice cream season has officially been declared open. By me.

One of the happiest discoveries I’ve made in Portugal is an ice cream parlour in Figueira da Foz that sells the best ice cream sundaes in the world (in my experience so far, at least). They’re so good that we take all our visitors there and make the trip for special occasions like birthdays and anniversaries. Or just for fun.

Although Figueira da Foz is best known for its massive sandy beaches, they’re not the main attraction for us. I’ve always been a bit of a beach bum but my husband and stepkids aren’t really into the seaside.

To be honest, even I’m not that keen on spending the day at the beach in central Portugal. The Atlantic waters of Portugal’s Silver Coast are freezing, even in August, and a bit too choppy for my liking. And when the wind picks up, as it often does, your face gets sandblasted while you lie on the beach, making it a less than relaxing experience.

For all these reasons, as well as the distance from the coast, we tend to go to river beaches in the summer months so the main reason to suggest a trip to Figueira da Foz is the ice cream at Gelataria San Remo.

It’s probably just as well that it takes us an hour and a half to get there from our house otherwise I’d be broke and even fatter than I am.

The terrace of this ice cream parlour is slightly raised from the road and separated from the pavement below by a low wall that leads onto a tiny square, Largo Dom Margarida Mendonça Barraca. In the summer months, there’s often a flea market in the street below. Just across the road you can see the beach and its blue and white striped restaurants and beach huts.

Old men with cloth caps sit on the wall, chatting away, while couples and family groups look for shade at the tables outside the yellow tiled gelataria. There’s a bright, roomy seating area inside, with air conditioning but I prefer to be outside if possible. It feels more like a holiday that way. Waiters in bright T-shirts weave their way through the crowds balancing impossibly tall glasses piled high with fruit, cream and ice cream.

Just looking at the ice cream menu is enough to make my mouth water.  I already know what I want, though, unless they haven’t got the forest fruits needed to make a Copa Silvestre (fruits of the forest sundae). If that happens, I go for the crepes. Mike always has a Copa Primavera (spring sundae) which has so much fruit wedged around the glass that it’s bigger than his head.

It’s been months since we last went so I can feel a trip to Figueira da Foz coming on very soon!

This post is part of my Personal A to Z of Portugal.